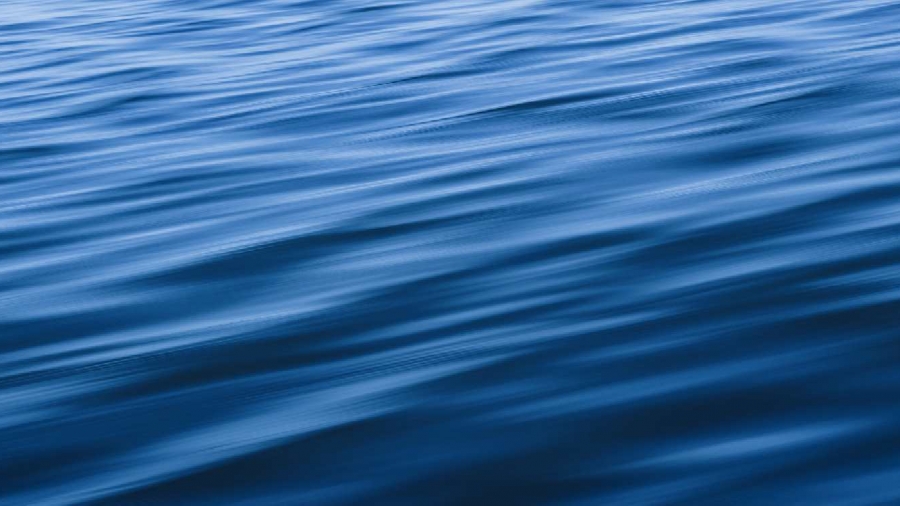 We all know that water is good for the body, but some medical experts now believe that water-not just fluid-id essential to our health and well-being. Dr. Freydoon Batmanghelidj, who trained at St Mary’s Hospital Medical School, London, argues that dehydration is at the root of many common diseases such as asthma, blood pressure, angina pain, backache, diabetes, colitis and stomach ulcers. Water can also help you lose weight, lower stress levels and boost energy. His research began when he was imprisoned for nearly three years during the Iranian revolution. In his role as a medical officer for 3,000 fellow prisoners, he had almost no medicines and used drinking water to treat a variety of ailments. The results were so impressive that, when the authorities gave him his freedom, he stayed on for a few months to finish his research.

The body is made up of 75 percent water. We lose nearly six pints every day through breathing, perspiration and in urine though some are replaced by the water in our food.

So what happens when we drink too little water? The hormones, chemical messengers and nutrients that are carried in the flow of water to vital organs aren’t fully activated and so can’t work properly. Feeling tired is one symptom of lack of water as the body struggles on limited supplies. Heartburn and indigestion occur because there’s insufficient

Most people just forget to drink water to digest food. High blood pressure results when the blood vessels constrict to compensate for a fall in blood volume. As the brain consists of 85 percent water, the concentration may also be affected.

Dr Batmanghelidj thinks that our thirst mechanism has become blunted, so we often confuse thirst with hunger and eat when our body really craves water.

We should aim to drink a minimum of six to eight cups of water a day. But anyone with heart disease, blood pressure problems, asthma, diabetes or people taking medication or under medical supervision should get medical advice before increasing their intake. “The best times to drink water are to have one glass half an hour before a meal and a similar amount two and a half hours after” says the doctor, who also recommends adding a daily dose of half a teaspoon of sea salt to help your body retain the water.

“Alcohol, coffee, tea, and colas don’t count as water because they are diuretics: the body expels more water than it takes in. One sign of dehydration is dark urine – it should be almost colourless to a light yellow”.

PUTTING IT TO THE TEST

Just how easy it is to drink the recommended dose-two liters of water a day? One volunteer tried it for a week. “For the first two days, the only difficulty I had was remembering to do it. After that, it was more of a struggle. On days four to seven, I could only manage 1.5 liters. In the latter part of the week, I felt very full and urinated five times a day instead of my usual three.

I also found I was drinking less coffee (usually four mugs a day) and alcohol (three units). I think the trick is to give water priority, rather than trying to add it to your normal liquid intake. Unfortunately, that didn’t occur to me until the end of the week! Seven days probably isn’t long enough to see any real benefits, so I’ll try again, but for a bit longer next time”. Mineral water chilled with a slice of lemon or lime or lime appeals to a lot of my clients.

Anthony Wilson Hypnotherapy
4.8
Based on 14 reviews

Becky Smith
12:28 28 Mar 20
This is a review for my husband, who sought Anthony’s help to overcome phobias of needles and injections. My husband... was at first wasn’t very confident that this form of treatment would work, but after suffering with these phobias for years was desperate for help. As the treatment began, the initial appointment was to see if my husband was suitable for the treatment. To my husbands surprise he was able to engage with Anthony and very quickly was able to enter a hypnotic state. What he learnt very quickly is hypnosis is not like what they show on the television! They don’t wave a timepiece in front of your then face, whisper some magic words then all of a sudden you could be prancing around the room like a chicken! It feels more like assisted meditation, where the individual enters a very deep state of relaxation, where the hypnotist can influence the sub-conscious mind. Within a couple of weeks we noticed a difference in my husbands moods and emotions. He was very much more relaxed and able to deal with situations easier. He was more confident and things that used to bother him didn’t any more. As his treatment progressed he sport improved! He plays rugby, he told me he felt more focused and able to read the game better. All these things were side effects, he didn’t go to Anthony for these changes or improvements, he just wanted to be able to deal with his phobia. Slowly he was able to watch injections on the television without feeling uncomfortable, he no longer felt vulnerable when he went to the hospital, something that previously he used to dread. Anthony’s treatments have proved to be invaluable. With the weekly consultations you will also receive an audio recording that you will have to listen to daily until the next consultation. My husband had his on CDs which he still uses on occasions to help deal with different challenges. For instance he has one CD that just focuses on relaxation so it is good to listen to after a stressful day and he has another CD that focuses on building confidence, which he uses before a big game. Overall we are thrilled with Anthony’s services, he has changed my husband from sceptic to a person with an open mind! Would recommend to all who are looking for change of mental state.read more

Alice Webb
11:00 01 Dec 19
I found Anthony Wilson by chance at a time when I was struggling with a long term health issue and I had just about... reached the end of my tether. I contacted Anthony and went to see him at the practice in Warminster. I took to him straightaway and felt this was the person who could help me. He was very kind but professional and took a very detailed history of my life. He agreed to take me on and there followed sessions specifically tailored to my needs. After only a few weeks my health started to improve and I became stronger, healthier, happier and more positive. I have just finished my course with him and I can honestly say it has changed my life. I would recommend him 100%.read more

Graham Pearce
16:43 05 Aug 19
Mr Wilson is a kind caring man who genuinely cares about his patients! He has helped me so much with all aspects of my... life & even though he has left Wales - he is still checking up on me! It is a pleasure to spent time with & chat to him. Highly recommend xread more

Bluesky Video Reviews
13:13 31 Jul 19
One of the most ethical and professional persons' I have met in a long time. Anthony is a great listener and has the... understanding with 30 years plus experience to guide even the most difficult phobia cases to a successful conclusion.read more

Green Warmth
20:09 02 Feb 19
My Son was having real anxiety issues after starting secondary school. Anthony gave him the confidence to believe he... could overcome his worries and he has. He is so confident and happy now it is hard to believe it ever happen. Thank you so much Anthony.read more

Nigel Allen
10:45 08 Jul 18
Anthony was amazing, without his help I would be no where near when I am today. His calm guidance pointed me in the... right direction and gave me the confidence to believe the difficult time I was experiencing was not insurmountable, I was skeptical about hypnotherapy but just after one session I became a firm believer! I would recommend Anthony within a heartbeat!!read more

Bretton Wislon
05:10 06 Dec 17
I had my first appointment with Anthony in April 2013 as I was suffering with a bad health phobia. I cannot explain how... wonderful the whole experience of hypnotherapy with Anthony has been . I loved the fact that he took the time to do such a thorough history before commencing the treatment and through the whole treatment remained professional and supportive , always making himself available on the phone if I needed extra support outside of the session. Anthony has not only cured my health phobia but has also tackled all other issues that I hadn't realized I needed help with! my diet has improved , I exercise more frequently , I drink more water and I gave up sweeteners and generally feel much healthier in both body and mind! the best thing about his sessions is you get to keep all the CD's he makes individually for you so you can listen whenever you want. I really can't recommend his treatment enough a fantastic experience and with a support system for life thank you!read more

Henry Edward
07:14 29 Nov 17
With Anthony's calm, gentle manner he has changed my life. I lived with anxiety all my life, finding things to worry... about and then I became too scared to fly. Working with Anthony was so confidence building, I now enjoy all aspects of my life, very rarely concerned and never anxious!read more

Tony Evans
11:06 14 Apr 15
Mr Anthony Wilson is one of the nicest people I/we know he saved my husbands life this would be approximately 20 years... ago my husband was exhausted, overworked and could not relax he had dreadful pains in his head and thought he had a tumor with the help of Mr. Wilson and the relaxation tapes my husband had somewhere to go for comfort and they pulled him through. My first conversation with Mr. Wilson I will never forget I was desperate, his was very helpful and very caring and the only person who came back to me, my husband had complete faith in him and both of us still use the relaxation tapes to this day and we have always stayed in touch, thank you again Mr. Wilson read more
Next Reviews

Shopping Basket
We use cookies to ensure that we give you the best experience on our website. If you continue to use this site we will assume that you are happy with it.OkPrivacy policy